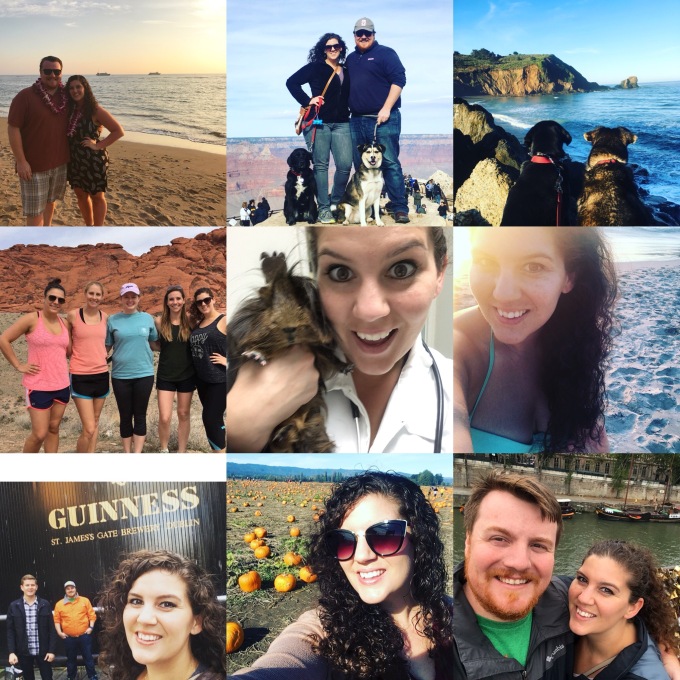 At the end of every year, I like to do my own year recap to remember that there was more good than bad, more fun than just work, more to life than numbers of out of reach goals. So here it is, my 2017 Recap.
The beginning of the year was intense. We spent New Years last year in Portland, planning our move here, deciding where we were going to live and what we wanted to do with our new found time together. (For those that don’t know, my significant other and I have always been long distance but we’ve made it work. Now, we finally live together in the same state, same home!)
January: 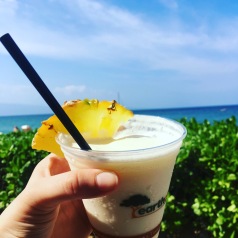 -Hawaii- completed my 50th state!
In January, my boyfriend took me to Hawaii for the weekend. It was so fun! We rode in a helicopter and saw whales, drove all around the island, relaxed on the beach, and spent some much needed time together!
February: 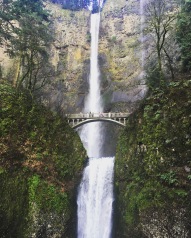 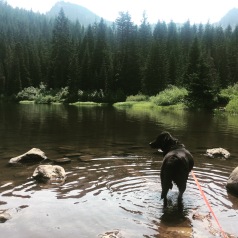 -Moved to Portland(moved in with S.O.)
I worked non-stop for the first 3 weeks. Then, I spent 3 days on a ferry from Juneau, Alaska to Bellingham, Washington. The ferry ride itself was fine, it was just long. Stayed with friends in Arlington, Washington until our new apartment was ready. Then drove down to Portland and moved in! Lastly, Cowboy and I flew to Austin to start the long road trip/move from Austin to Portland. We decided to move slowly and enjoy the road trip with all four of us- my boyfriend, me, and our two dogs. 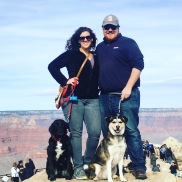 -Road trip Austin to Vegas
We drove from Austin to Las Vegas, stopping in the Grand Canyon so the dogs could see it. Boyfriend had never been either, so it was a fun detour! I had a conference in Vegas with a bunch of my vet school girlfriends so we were on a timed schedule. Made it in time for a date in the restaurant at the top of the Paris Hotel’s Eiffel Tower. Such a fun experience.
March: 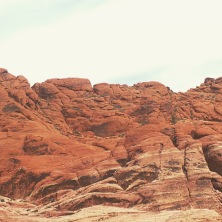 -Vegas Vet conference
My vet school girlfriends and I planned 5 days in Vegas. We spent 2-3 full days learning at the conference. Went out at night. Hiked Red Rock Canyon. Laid by the pool. Caught up on each other’s lives. We all stayed in the same hotel room to save money. Such a great time, and a great learning experience 😉

-Road trip San Diego to Portland
Meanwhile, while I was at the conference, boyfriend took the dogs to work with him in Los Angeles, then down to San Diego for a beer weekend with friends. I flew from Vegas to San Diego to meet up with them. Then we started our epic drive up the coast. San Diego to Portland. We dropped boyfriend off at work in LA Monday morning, then the dogs and I road tripped for a week up the coast. We stopped in San Fransisco so the dogs could see the bridge. We went along the beaches, stopped at Rockaway Beach. Drove through the Redwoods National Forest. Then finally up the Oregon coast to Portland. The dogs had a fantastic time, bonding. I had fun too!!! 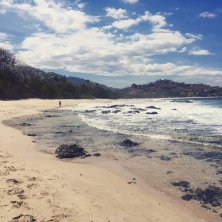 -Costa Rica
As you may have already read, one of my long time friends from undergrad and I decided to take a girls trip to Costa Rica. We drank Pina colatas on the the beach and it was a glorious 4 days of relaxation.
April: 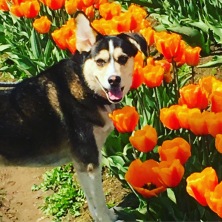 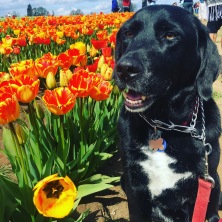 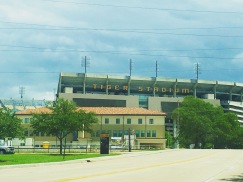 -Louisiana wedding
I flew down to Baton Rouge, Louisiana to go to a friends wedding. Got to hang out with friends from vet school and one of my best friends. We had crawfish and alligator, and enjoyed a weekend of fun! 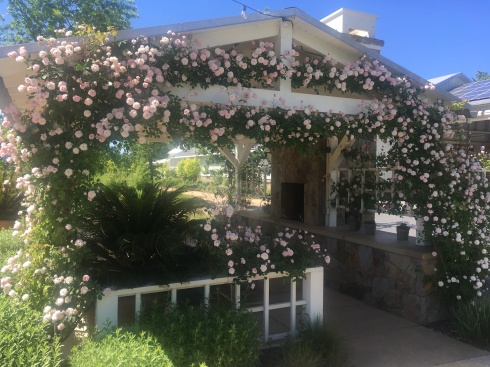 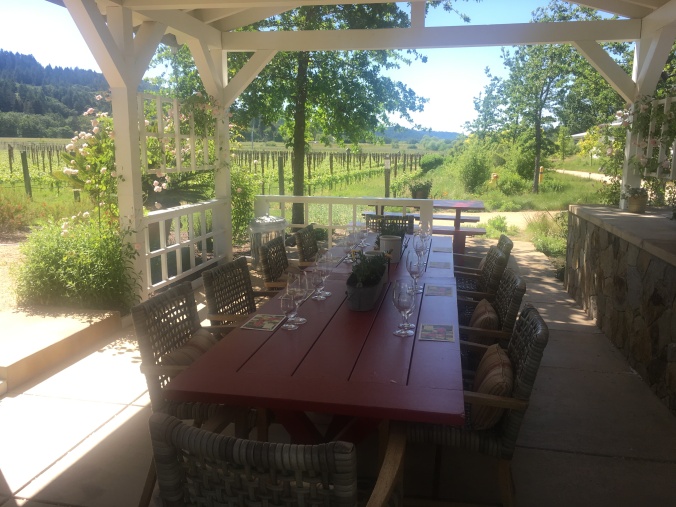 -Napa
We went to Napa for a spring trip with some of boyfriend’s coworkers. Toured some new and old favorite vineyards.
May:

-Anniversary
For our anniversary this year, boyfriend and I got dressed up and went to one of our favorite fancy restaurants in downtown Portland, Little Bird. 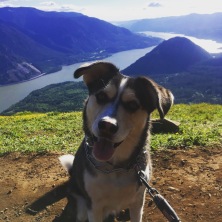 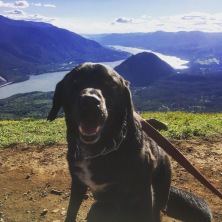 -Hike Dog Mountain
Day hike with the canines. It was Stella’s first big hike. I’d say she enjoyed herself.

-Cannon Beach Day
Day adventure to Cannon Beach, Oregon with the pups. They ran to their hearts content on a gloomy beach day, but they loved it.
June:

-Work. Work. Work.
I started a second job, because my one job couldn’t support me full time. Schedule changes left less time for adventuring, but with boyfriend and I working all the time, it was okay.
July: 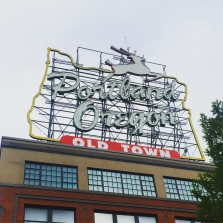 -Visitors.
Almost every weekend of June and July, we had friends and family in town. Literally, every weekend.
August: 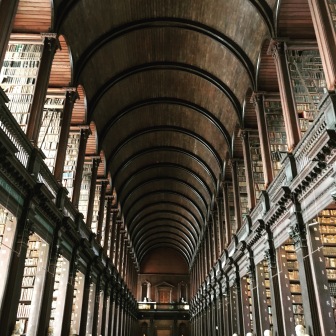 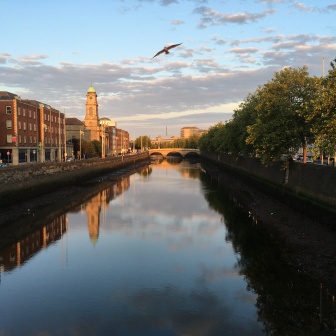 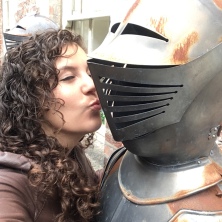 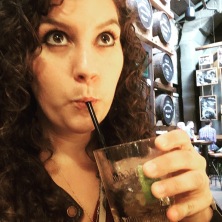 -Dublin
In July, we decided to do a weekend in Dublin. So at the end of August, we skipped town to hit up the Irish city. We spent every minute of our time running around, seeing the sights and soaking up essence of Dublin. See my Top 10 musts for Dublin, at https://endlesslyelise.com/2017/10/25/top-10-list-for-dublin/.
September: 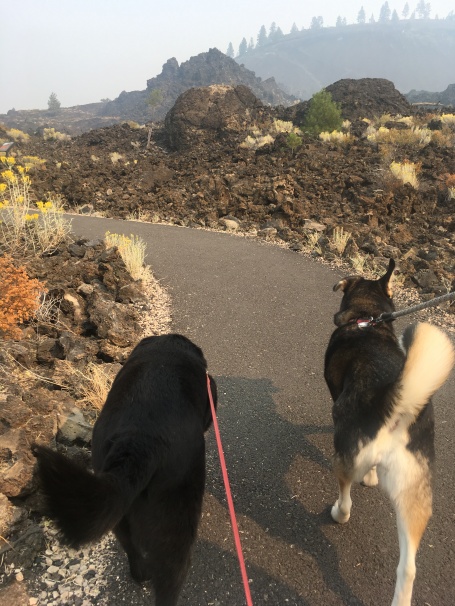 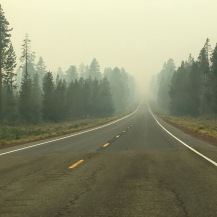 Boyfriend and I decided to do a weekend away in Bend at the beginning of the month. We stopped at a lava flow site, brew hopped around Bend, and drove down to Crater Lake. However, it was entirely too smokey to see anything. But, still a fun weekend away. 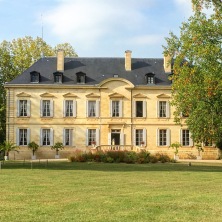 -Paris and Bordeaux
For my birthday (September 29th), we decided to go to one of my favorite city in the world, Paris. We coupled the trip with a wine weekend in Bordeaux. We’ve both been to Paris, but neither of us had been to Bordeaux. It was amazing! So worth the trip!
October:

We picked out our own pumpkins on Sauvie Island then took them home to carve! Super fun photo ops and definitely something to experience. 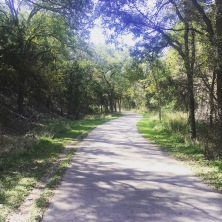 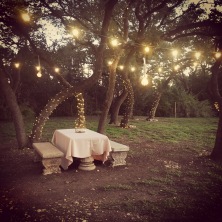 -Austin
At the end of October, we went to a wedding in Austin. The wedding was in the hill country, overlooking Lake Travis. Truly lovely spot. Lovely couple. Boyfriend was in the wedding as the best man, and the groom is the one who introduced us!
November:
-Oakland/San Fran
For boyfriend’s birthday, he wanted to go to San Fransisco. We hit up Russian River Brewery and tailgated at a 49er’s game. 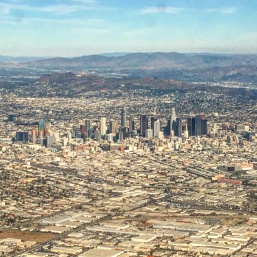 -LA thanksgiving
Boyfriend was stuck at work for Thanksgiving, so I flew down to spend the holiday with him. We went out for dinner with his coworkers. I workout out and laid by the pool, while he worked. We barbecued and enjoyed each other’s company, without the traditional holiday.
December: 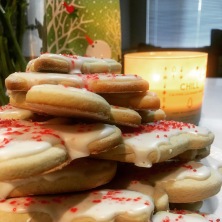 2017, while I felt like it didn’t meet all of my wishes, it had a lot of good things. Reflecting on it shows that I got to do a lot of travel, got to spend a lot of time doing the things I wanted while working full time. It was a year in transition, for sure. You always feel like things were worse than they were. That’s why New Years is so import land to me. Every year, I sit down and write out everything I did, places I went, what I accomplished. This year, my major accomplishments include completing visiting all 50 US states and moving to a city that I truly love, moving in with the man I love.

For 2018, my goals include getting closer to my 30 before 30. One of my major life goals is traveling to 30 countries before I turn 30. This is is going to be a major travel year. We have one trip planned for the first 6 months. The the last half of the year is pretty open. Another goal of mine is to get fit and stay fit. I know, I know. Everyone has a weight loss goal for New Year’s. But, I want to be healthy. I want to eat right and not punish myself for my downfalls. I want to workout or do something active daily. I want to enjoy every season. I want to get a routine and stick to it. Another goal I have is to take the dogs to do something once a month. A long hike, a beach day, a park day, something. I feel like they should be included in this goals list. Lastly, I want to live in the moment. I feel like lately, I’ve been saying, things will be better when this is done or when that is accomplished. My life will get easier when I do X. I want to live every day in the moment, whether it’s at work, or with boyfriend or friends, or enjoying me-time. I want to live it.
Here’s to 2018! May it be a year of happiness. A year of travel, as I move closer to my goal of 30 countries before the big 3-0. A year of health and weight loss. A year of personal growth!
May it be a good year for you too!
So here we go, 2018. Let’s make it a good one! 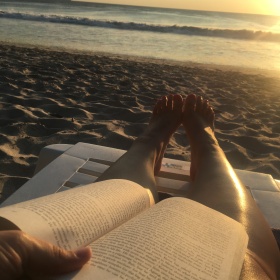 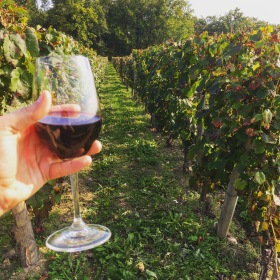 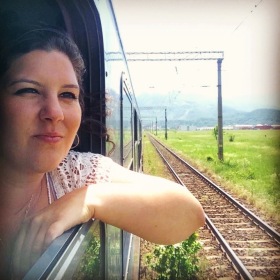